Bill Schulz, the President of the UUA at that time and a supporter of W&R, gave an insightful and inspiring sermon about what he saw as that time as an important influence on development of spiritual outlook both within the UUA and beyond.

I was the co-convener with Margaret Pearce of the San Francisco Church. We were responsible for coordinating much of the logistics and the structure. Meeting Lucile the year before at a retreat at Rosemary Matson’s home in Carmel Valley inspired me to take on this somewhat daunting task.

The meeting was held at the San Francisco Church and was the biggest and most well attended in many years.  Lots of workshops including “What’s in it for Men?” put on by Bob Fisher, Howard Matson, and Vernon Wallace, all spouses of W&R activists (Liz Fisher, Rosemary Matson and Alice Wallace.) Partnership ruled the day in these relationships! Something that Lucile approved of….changing the patriarchal family structure.

The meeting was very successful as evidenced by this Resolution of Commendation issued by the Pacific Central District Board of Directors. 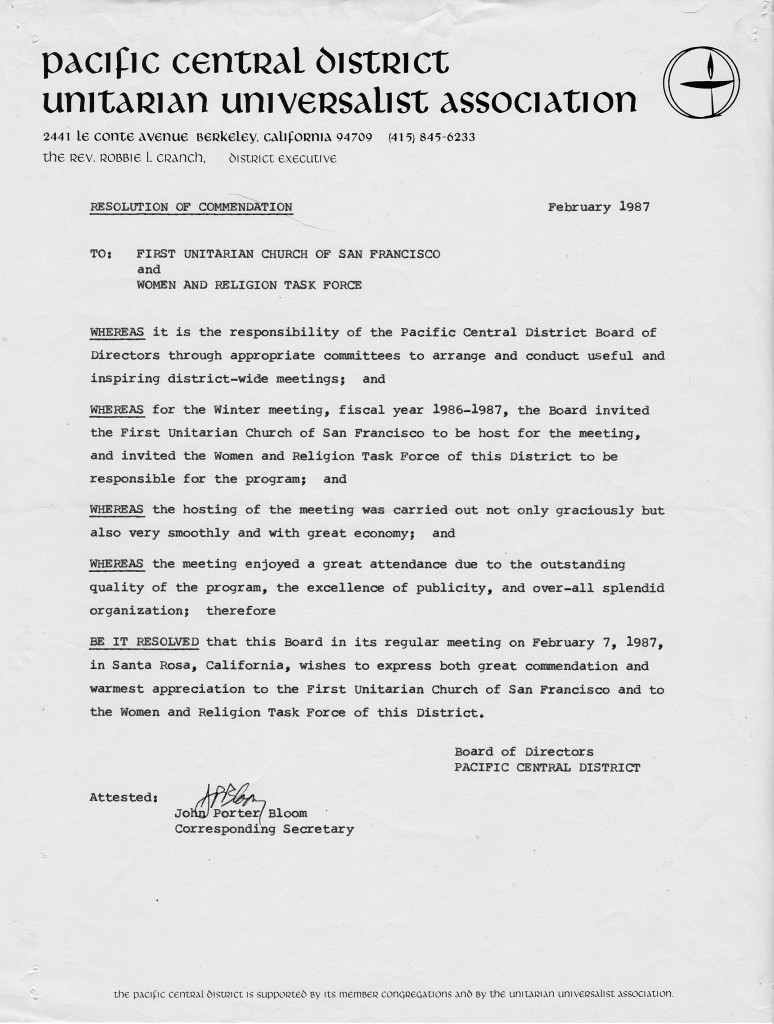