At the UUA General Assembly Plenary on June 23, 1987 Lucile Longview  delivered this statement that evaluates the first ten years of the Women and Religion Resolution .

Lucile’s statement re progress on the W and R Resolution to General Assembly, 1987 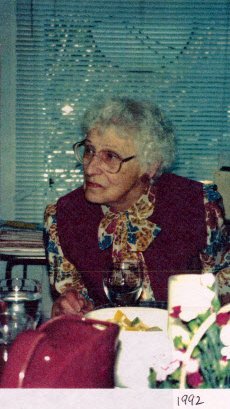 denomination had made, at every level, on implementing the resolution. This is the introduction to the special publication of the W&R Resolution – The First Decade by Lucille Longview

Lucille S. Longview is a Unitarian Universalist lay woman who, as a budding feminist in her 60s, became aware of her life-long submersion in patriarchal consciousness. At the same time she also began to note the extent to which biblical teachings sanctify women’s inferiority to man. Challenged to improve the image of women she initiated a business resolution titled Women and Religion. Others from First Parish UU Church in Lexington, Massachusetts, joined enthusiastically in placing the resolution on the agenda for the 1977 General Assembly where an amended version was unanimously adopted.

The administration and staff responded by implementing significant parts of the resolution and groups of women in many districts throughout the continent continue to explore and celebrate it. Lucille, however, insists that much still needs to be done to disclose the religious roots of bias against women and in re-imagining a more egalitarian world view. The paper which follows was given at the 10th anniversary celebration of the adoption of the resolution.

Click the link below to read the original pamphlet highlighting her talk, published by the Unitarian Universalist Women’s Federation.